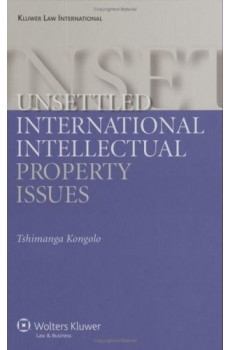 The interface between intellectual property and other fields, such as public health and biotechnology, has raised expectations from both developed and developing countries. At the same time, a variety of issues have arisen from these relationships. Debates over public health, protection of traditional knowledge and traditional cultural expressions or expressions of folklore, and the control of biological resources and access to genetic resources pose major challenges to the current global system of intellectual property. This thoughtful book serves not only to contribute to these ongoing debates but also, through in-depth analysis and well-grounded recommendations, to move them closer to resolution in a manner beneficial to all interested parties. Among the matters discussed are the following:

Drawing on prodigious familiarity with relevant conventions and international legal instruments in the field and debates on these issues as carried out under international bodies – including the World Trade Organization (WTO), the World Intellectual Property Organization (WIPO), the Food and Agriculture Organization (FAO), the International Union for the Protection of New Varieties of Plants (UPOV) and the World Health Organization (WHO), as well as the Convention on Biological Diversity (CBD) and the African Model Legislation – the author offers clear, well-thought-out proposals on how to respond to these issues. In the same vein, the author makes a number of proposals on how to strike a balance between the exclusive rights of the patentee and the right to public health or access to medicines, especially in the context of the HIV/AIDS crisis. In addition, holding that the owners or possessors of traditional knowledge or traditional cultural expressions or expressions of folklore are entitled to intellectual property rights protection, he advocates the development of a global and binding international ‘protection instrument’ that takes particular features of these rights into consideration. He proposes the extension of the scope of applicability of the requirement of the disclosure of the country of origin of genetic resources, both at the international and national levels. He also proposes refinements to the system for multilateral notification and registration of geographical indications in respect to wine and spirits and the extension of the higher protection of geographical indications to other products and suggests new ways to approach unsettled issues arising from the use of marks or other signs on the Internet.

As a deeply informed analysis of how to integrate intellectual property rights into the international development process, this book takes some giant steps toward the general recognition of the real parameters of the most severe problems plaguing the developing world and offers reachable measures toward significant improvement of those problems. It will be of interest to all professionals, officials, and academicsconcerned with the equitable administration of intellectual property rights.