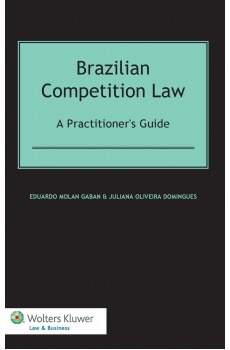 Once Brazil came to a clear awareness of its prodigious global economic power a few short years ago, the government quickly undertook a number of sweeping procedural reforms in its competition system that not only made the Brazilian antitrust enforcement authority a model for newer competition agencies worldwide but also fuelled the propulsion of Brazil to an unprecedented level of trading activity. Now, this thorough and informative volume describes and analyses, from a practitioner’s point of view, the procedural details and economic underpinnings of this remarkable new antitrust regime. With close attention to US and EU comparisons, as well as to the world institutions that incorporate an antitrust dimension, the authors’ in-depth coverage encompasses such aspects as the following:

Offering to practitioners, policymakers, researchers, and academics a complete guide – grounded in case law, doctrine, and international experience – to how the Brazilian antitrust regime works, its trends and developments, this book is an important contribution to competition law both in theory and in practice. It is sure to be warmly welcomed.